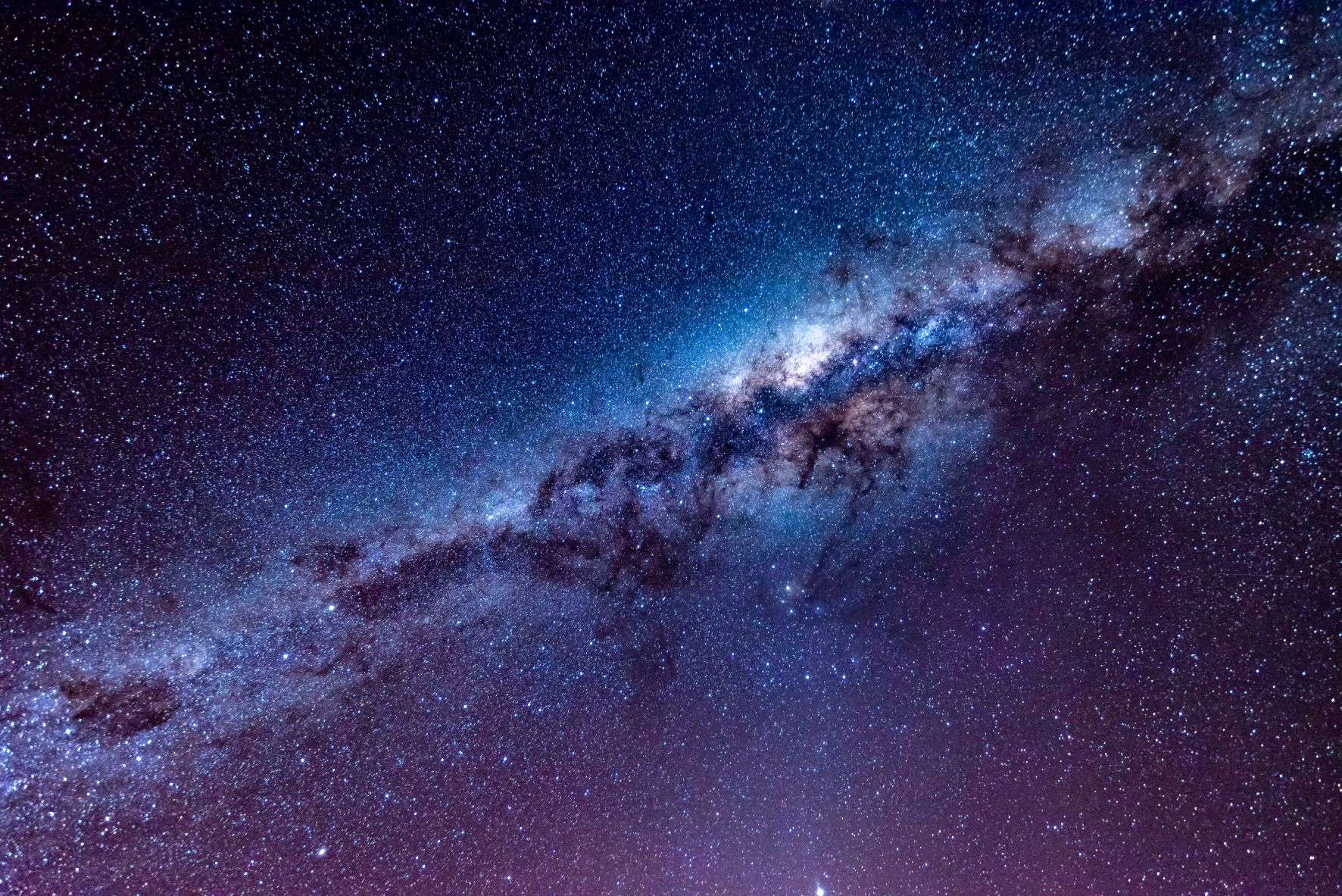 Join Ange for 2 hours of pure relaxation. This immersion will offer you the opportunity to unravel and release the tension that creeps into our bodies, minds and spirits. This will be a combined practice of Yin Yoga leading into Yoga Nidra, or yogic sleep. The perfect balm for our modern, busy lives.

We will weave together:

Bring your pillow and blanket and we will create an oasis of calm and savour the stillness. Oh, and there will definitely be bad mum jokes sprinkled throughout. 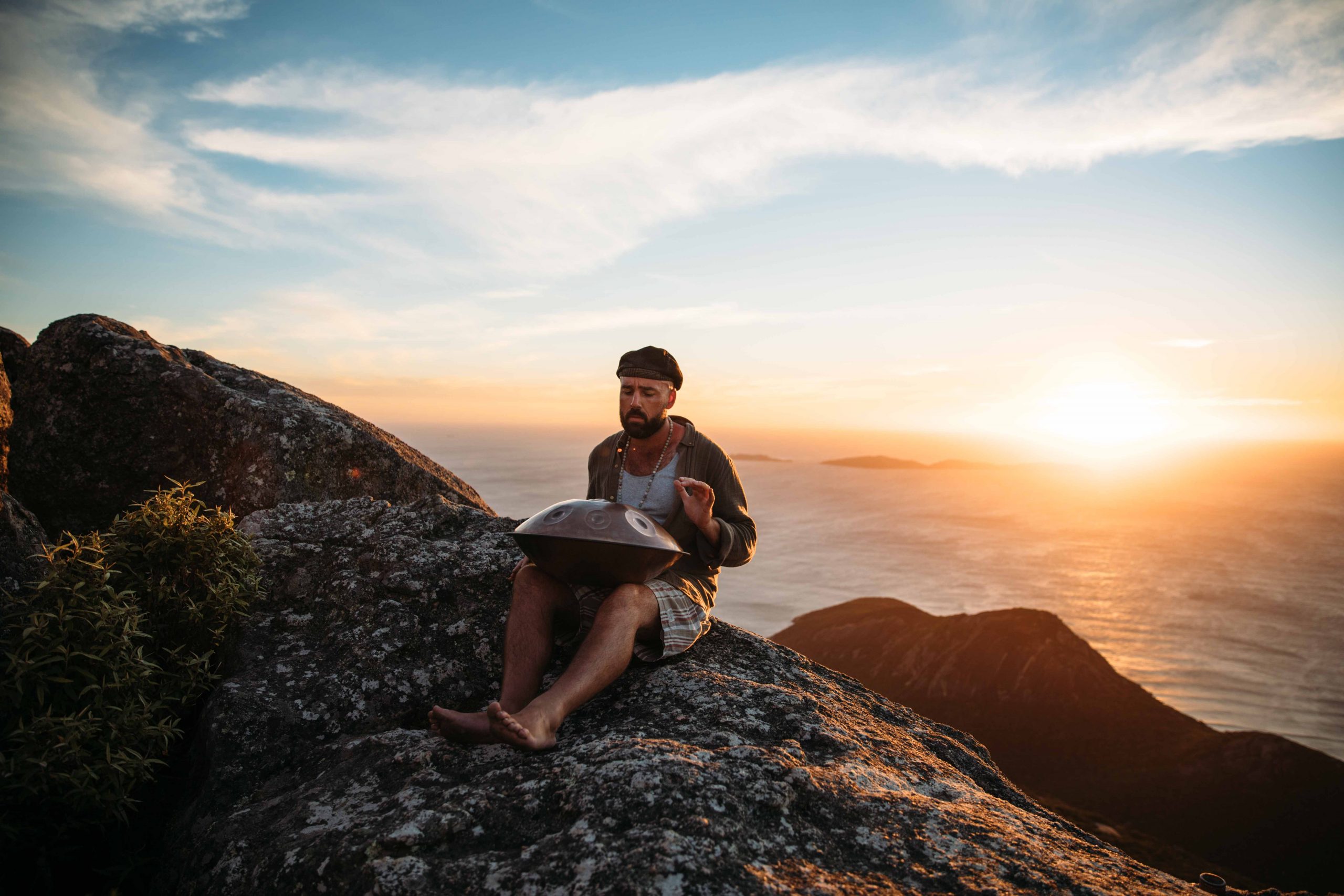 A gentle but powerful sound experience that guides you to deep healing and re-membrance of Self. Guided by Dan from Cymatic Harmony, he weaves his magic with sounds and vibrations enabling you to drop into your heart centre, and bathe you in resonant vibrations, allowing you to feel what needs to be felt, heal what needs to be healed and let go of what no longer serves you. 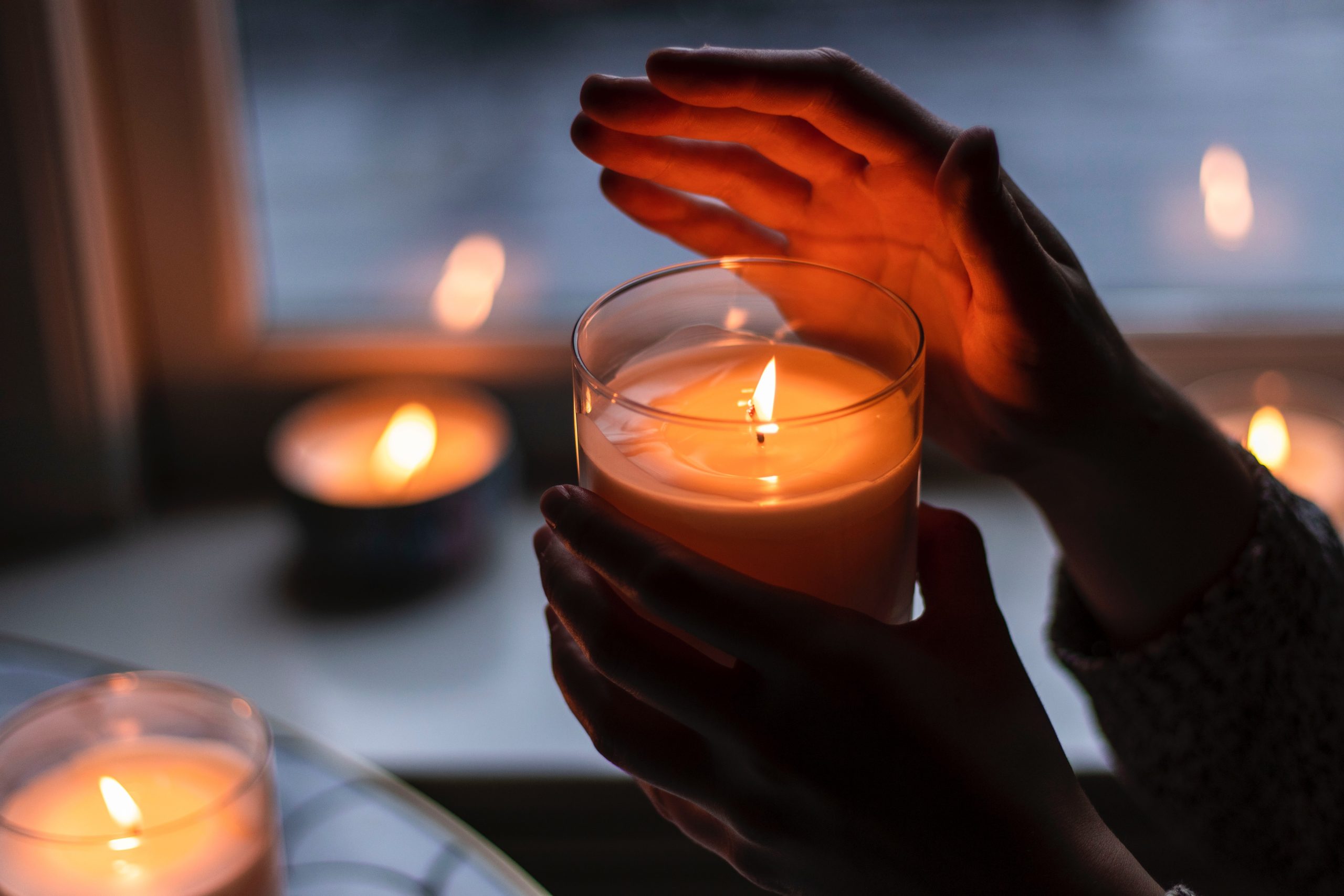 A long, luxurious deep-dive into yin, yoga nidra and meditation, to attune your body and energy to the natural flow of the seasons.

As nights grow longer, days grow colder, and darkness peaks, the season of winter invites us into a cosy chrysalis of creative gestation, ripe for retreat, reflection and rest. What happens when we lean IN, embrace our inner winter, and go WITH the flow of the seasons? Discover the potency of rest as a sacred inward descent to dreams and intuition, and key to reclaiming our wholeness, clarity and vitality. 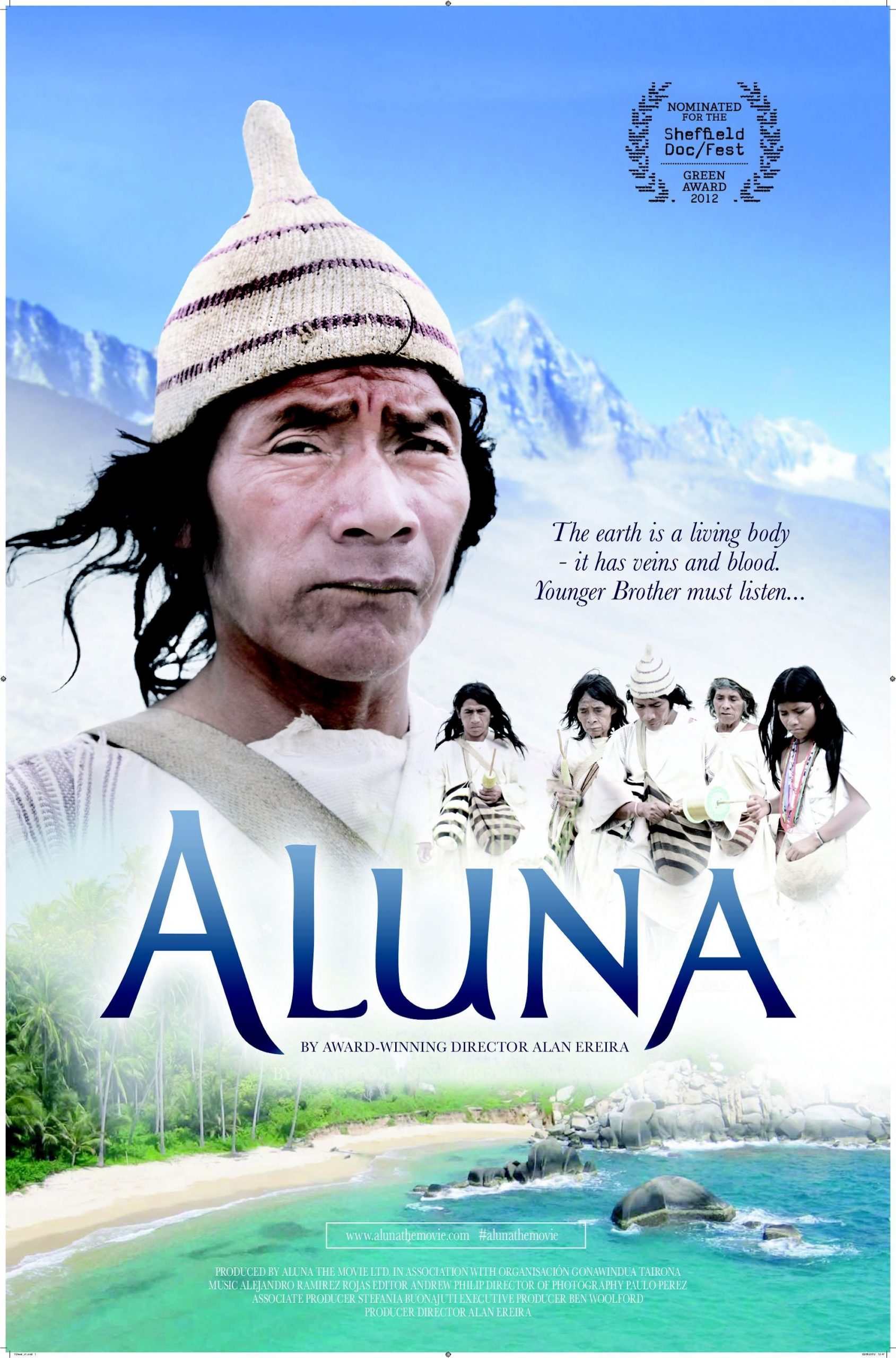 CONSCIOUS CINEMA
Aluna: a journey to save the earth

Every month we will be screening an inspiring, thought-provoking or educational film as a way of bringing our community together and encouraging discussion on important topics!

ALUNA STORYLINE – The Kogi once traded with Maya and Aztecs. Their civilization still survives hidden on Colombia’s highest mountain. They believe they are guardians of the world. Their leaders are trained from infancy in darkness to work by connecting with ‘aluna’, a cosmic consciousness. They perceive ‘black lines’ that connect special sites essential to life. In 1990, convinced that we were destroying the earth, they sent a warning through a British film-maker and then withdrew. They have now concluded that we cannot have grasped the warning and they have to explain it better if the world is to survive. So they recalled the film-maker and instructed him to film their demonstration of these connections, using 400km of gold thread.

*Screening starts at 7.30pm. Popcorn will be available before and during the film for a donation. 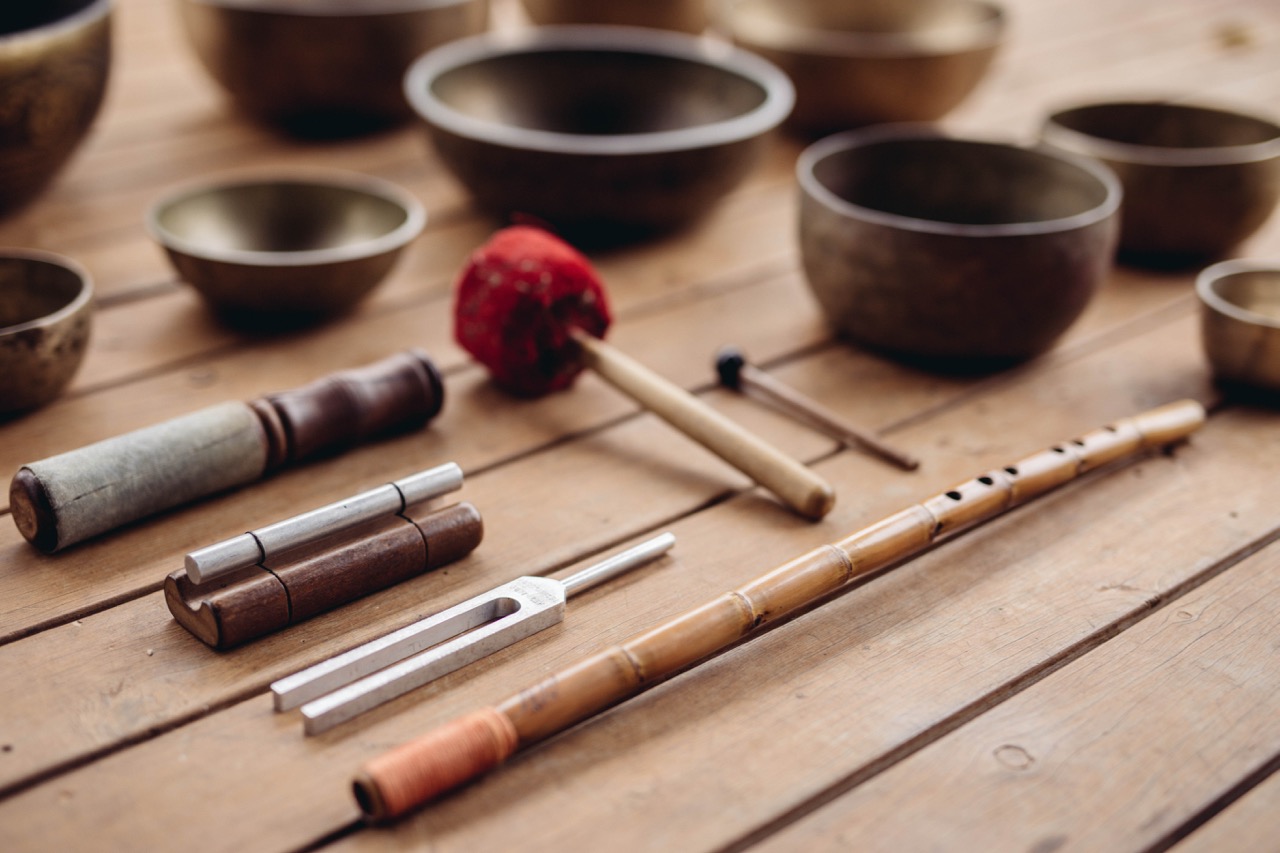 Join us for a very special evening with Talia & Ryan.
We’re offering an immersive sound journey where a variety of instruments will be used including Tibetan & crystal singing bowls, yidaki (didgeridoo), flute, guitar, drum and voice.
During the session you are invited to lie or sit down to be guided by the breath into deep relaxation. Over the 90 minutes of our facilitation we will take you through an earth inspired musical journey. In a held space like this a subtle but profound healing can take place, releasing accumulated stress and anxiety, while helping with physical, emotional and mental blocks.
This is a safe and inclusive space where your presence is warmly welcomed as you are.
BOOK NOW 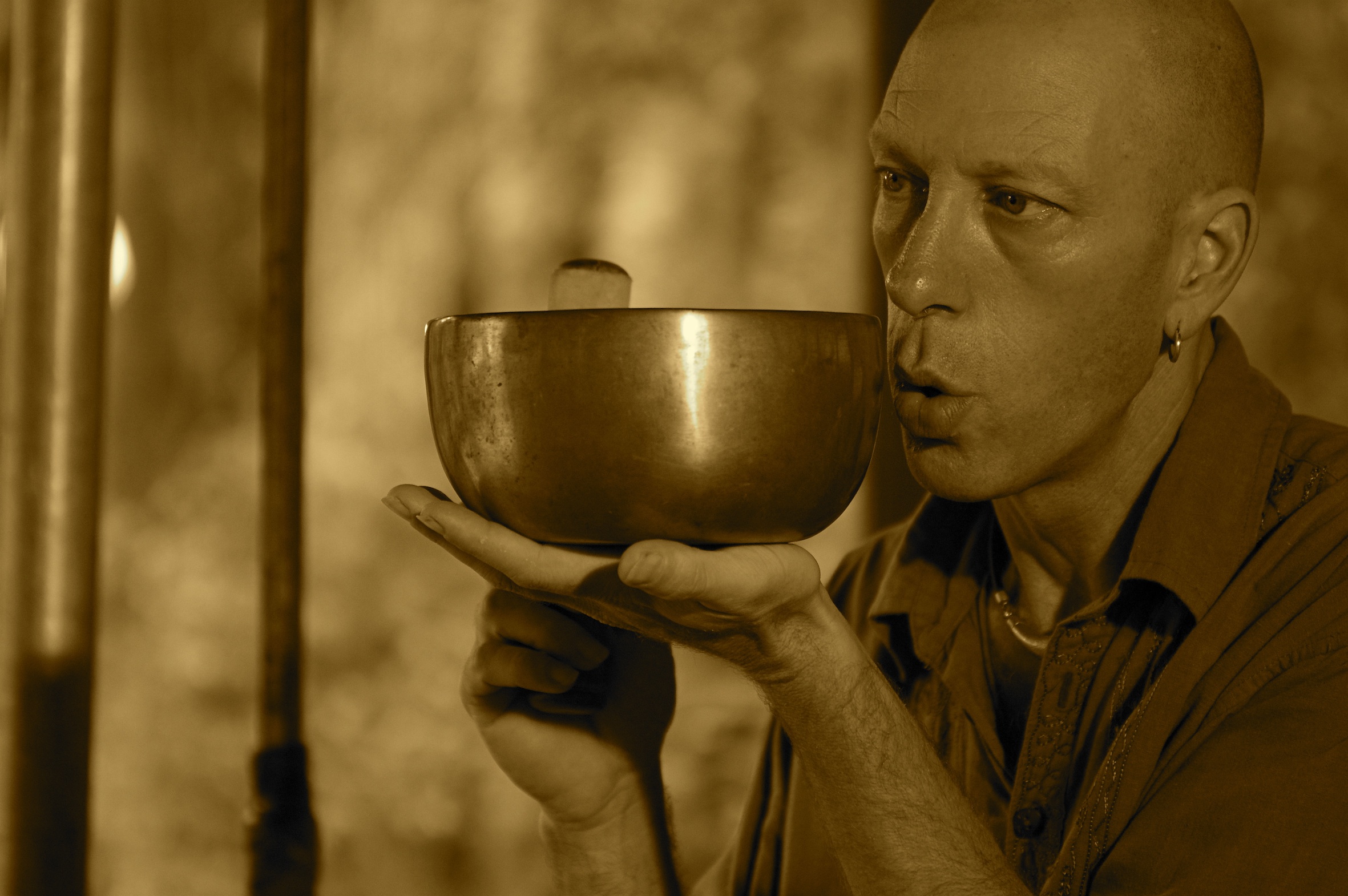 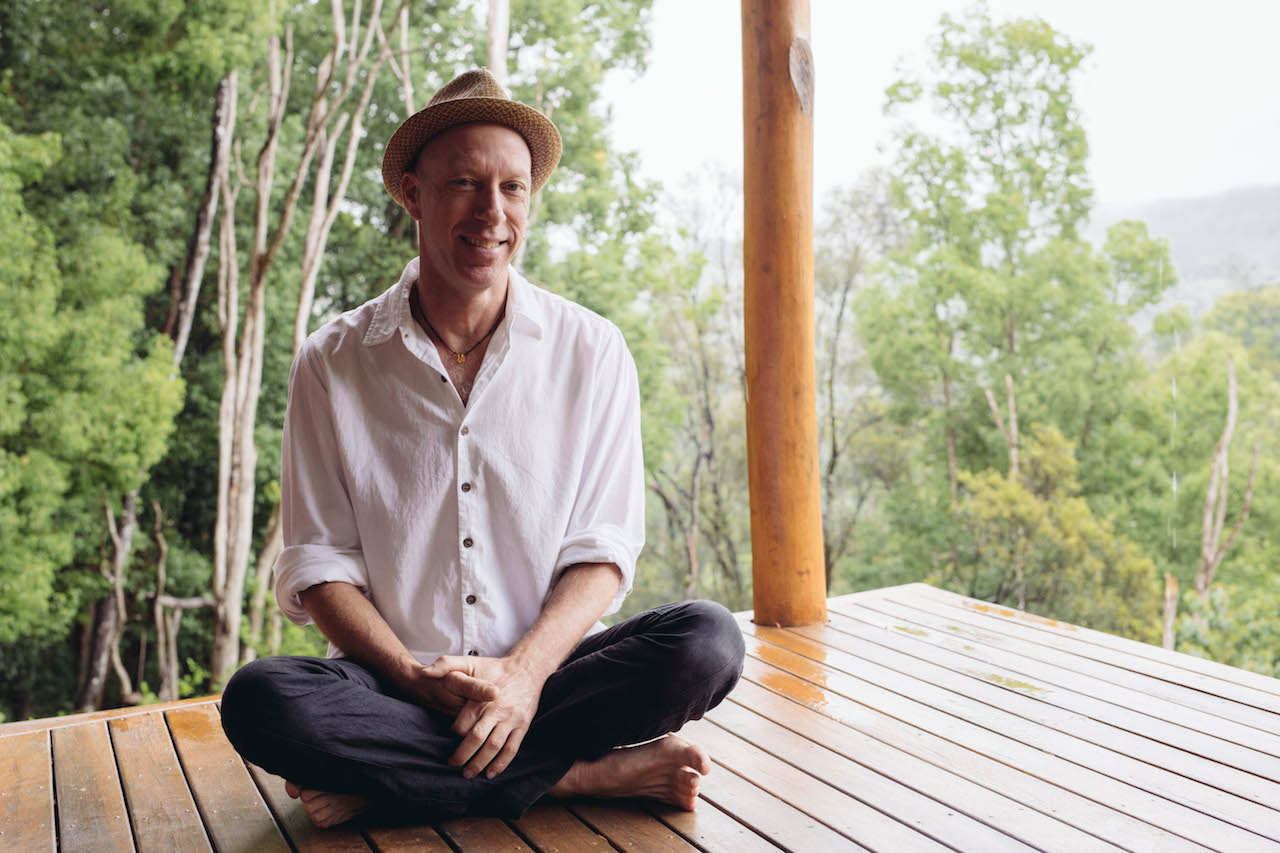 Come bathe in pure sounds that will take you on a deeply transformational journey. The Soundshower combines chimes, tibetan bowls, flutes and vocal harmonics.
During a session you will be invited to lie down and immerse in vibrations created by these special instruments. Throughout the “Shower” different instruments are carried around the room and sometimes placed physically on the body. Flutes and voice are used to create a magical musical journey and overtones charge the brain and energize the body.
Being exposed to these healing frequencies enhances a physical, mental and emotional calibration to the human body and energy field. Pure frequencies shift and release stagnant energy and tension accumulated in the body. The Soundshower re-aligns and harmonizes body/mind and is a very relaxing and refreshing experience. It releases stress and anxiety increasing focus clarity and insight.
*Please bring a cushion and a blanket for your comfort

Avishai Barnatan is a multi instrumentalist, producer and Sound therapist. Since 1990 he has been exploring the nature of sound and its therapeutic qualities as a tool for physical &amp; emotional transformation and healing. Inspired by modern scientific research as well as ancient esoteric and mystic knowledge, he has developed his own approach and style of sound healing . He facilitates group and private sessions for the general public as well as with people of diverse conditions such as various addictions, anxiety and stress-related symptoms, applying different techniques of vibrational therapy. These sessions are a deeply nourishing experience. 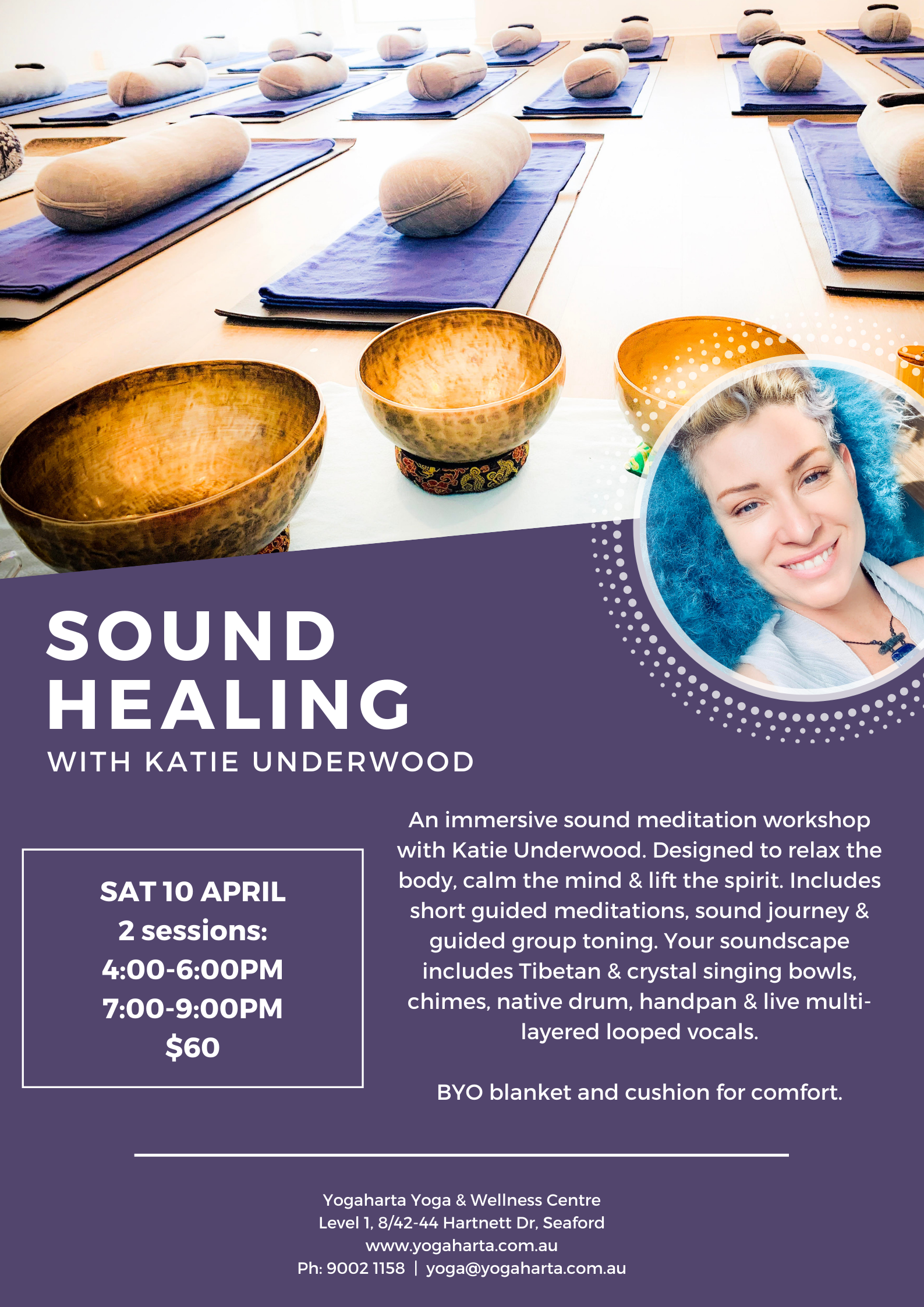 Join us for a rejuvenating sound immersion, conscious group connection and high vibration event with Katie Underwood at Yogaharta. Be guided to explore your inner world with compassion, curiosity and authenticity. In the stillness and the sound we allow our true nature to be revealed and practice radical self-acceptance in a safe space of trust and self-respect. We honour ourselves… and each other. A union of mind, body and soul. This is the heart of our intention in Sound Meditation. 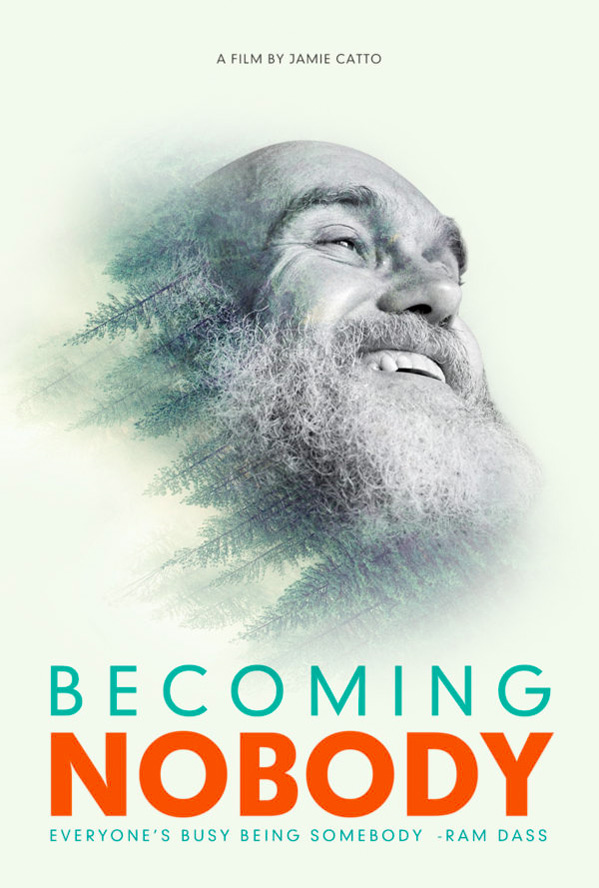 Welcome to our monthly Conscious Cinema at Yogaharta! Every month we will be screening an inspiring, thought-provoking or educational film as a way of bringing our community together and encouraging discussion on important topics!

March’s screening will be ‘Becoming Nobody‘.

BECOMING NOBODY represents the core arc of Ram Dass’ teachings and life: whether as Dr. Richard Alpert, the eminent Harvard psychologist, or as Ram Dass who serves as a bridge between Eastern and Western philosophies, he has defined a generation of inner explorers and seekers of truth and wisdom. Through his turns as scion of an eminent Jewish family from Boston, rock-star Harvard psychologist, counter-culture rascally adventurer, Eastern holy man, stroke survivor and compassionate caregiver, Ram Dass has worn many hats on his journey, the narrative of which is revealed in this film. His ability to entertain and his sense of humor are abundantly evident in a conversation that brings us around to address the vast question of ultimate freedom.

Vegan treats and popcorn will be available before and after the film for a donation.

Funds raised will be donated to Wildlife Victoria to continue our support of the animals affected by the recent bushfires.

Bookings: It is a free event, but we would love to know how many people are coming so that we have enough food and drinks, so please book in below! 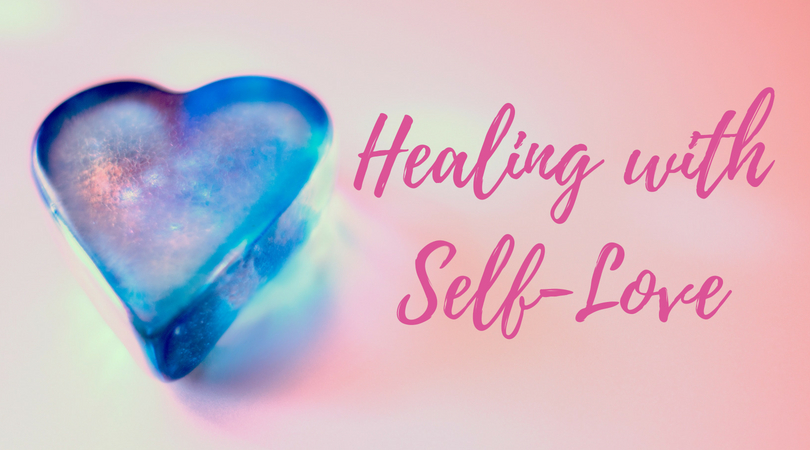 Love is the most healing power in the universe. Taking time to give ourselves the love and nourishment we need can be surprisingly challenging.

Join Cara from Shining Wellness Ayurveda and Yoga for this workshop on self-love. Bask in the healing energy of love and learn a variety of simple self-love practices you can do at home.

The more we cultivate love within ourselves, the more it expands outward to the world around us.

Places are limited to 15 and bookings are essential.