Ubuntu – a philosophy of ‘humanity’ 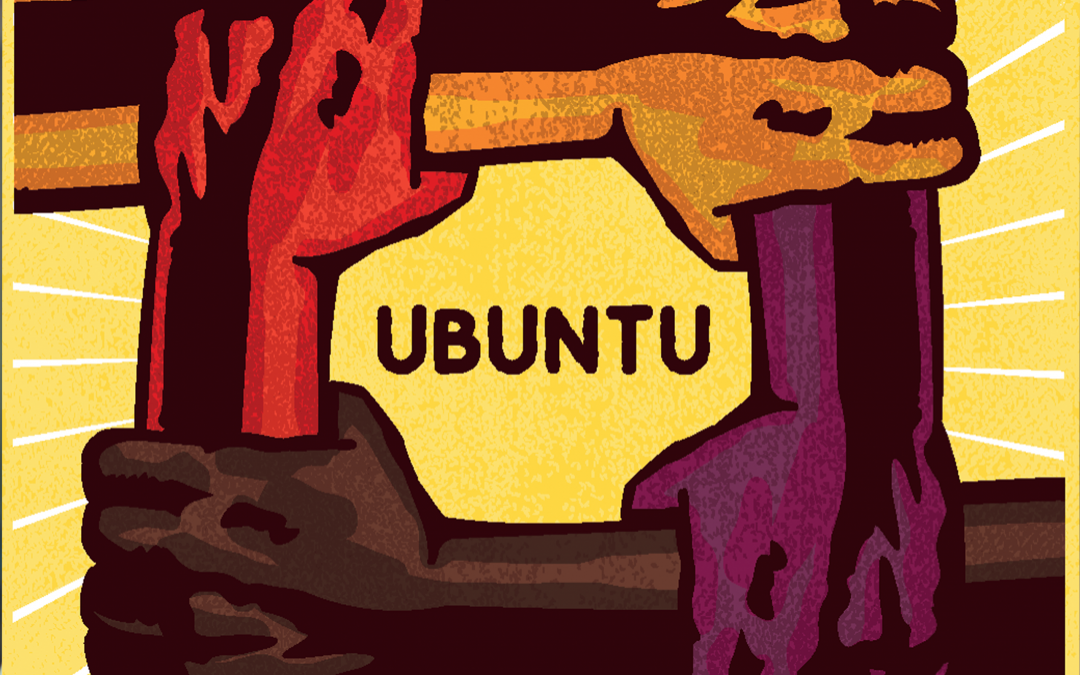 Ubuntu is an African word that describes a philosophy of “humanity”, this philosophy of ubuntu is used throughout many African countries and tribes with the word changing in pronunciation and spelling from one country and tribe to the next but one commonality remains the same, I am because we are. Meaning I am human because you are human, that humanity lies in our being present with each other.

“A person is a person through other people, strikes an affirmation of one’s humanity through recognition of an “other” in his or her uniqueness and difference. It is a demand for a creative intersubjective formation in which the “other” becomes a mirror (but only a mirror) for my subjectivity. This idealism suggests to us that humanity is not embedded in my person solely as an individual; my humanity is co-substantively bestowed upon the other and me. Humanity is a quality we owe to each other. We create each other and need to sustain this otherness creation. And if we belong to each other, we participate in our creations: we are because you are, and since you are, definitely I am. The “I am” is not a rigid subject, but a dynamic self-constitution dependent on this otherness creation of relation and distance.”

One of the sayings in our country is Ubuntu – the essence of being human. Ubuntu speaks particularly about the fact that you can’t exist as a human being in isolation. It speaks about our interconnectedness. You can’t be human all by yourself, and when you have this quality – Ubuntu – you are known for your generosity.

We think of ourselves far too frequently as just individuals, separated from one another, whereas you are connected and what you do affects the whole world. When you do well, it spreads out; it is for the whole of humanity

A person with Ubuntu is open and available to others, affirming of others, does not feel threatened that others are able and good, based from a proper self-assurance that comes from knowing that he or she belongs in a greater whole and is diminished when others are humiliated or diminished, when others are tortured or oppressed.

Nelson mandela has said to be an embodiment of the Philosophy, ubuntu, at his memorial Barack Obama shared these words:

‘There is a word in South Africa – Ubuntu – a word that captures Mandela’s greatest gift: his recognition that we are all bound together in ways that are invisible to the eye; that there is a oneness to humanity; that we achieve ourselves by sharing ourselves with others, and caring for those around us.

We can never know how much of this sense was innate in him, or how much was shaped in a dark and solitary cell. But we remember the gestures, large and small – introducing his jailers as honored guests at his inauguration; taking a pitch in a Springbok uniform; turning his family’s heartbreak into a call to confront HIV/AIDS – that revealed the depth of his empathy and his understanding. He not only embodied Ubuntu, he taught millions to find that truth within themselves.’

Ubuntu as a way of life.

In their article, ―The African ethic of Ubuntu/Botho: implications for research on morality, Thaddeus Metz and Joseph B.R. Gaie point out that one aspect in which African spiritual concepts characteristically differ from more western philosophies is their perspective on interpersonal relationships, specifically, their strongly communal perspective. Rather than more western ideas of positively relating to others as respecting individuals‘ rights to live how they want to live, or being involved in a political sphere in order to act on concern for the general welfare of others, Ubuntu‘s clear focus is on joining in Religions and bringing harmony with one‘s community, and becoming an active, direct, positive part of this whole. This cosmic wholeness of Ubuntu inspires a different kind of spirituality than one in which the bulk of worship can be expressed within the structure of an institutional religious service. In Ubuntu, the community itself is the focus of ―worship and one worships by direct positive interaction with one’s fellow men.

In Malawi, the same philosophy is called “uMunthu” in the local Chewa language. According to the Catholic Diocese of Zomba bishop Rt. Rev. Fr. Thomas Msusa, “The African worldview is about living as one family, belonging to God”.] Msusa noted that in Africa “We say ‘I am because we are’, or in Chichewa kali kokha nkanyama, tili awiri ntiwanthu (when you are on your own you are as good as an animal of the wild; when there are two of you, you form a community).”

The philosophy of uMunthu has been passed on through proverbs such as Mwana wa mnzako ngwako yemwe, ukachenjera manja udya naye (your neighbor’s child is your own, his/her success is your success too).

The Botswana people use the term botho to describe a person who has a well-rounded character . . . and realizes his or her full potential both as an individual and as a part of the community to which he or she belongs. Botho is an example of a social contract of mutual respect, responsibility and accountability that members of society have toward each other and defines a process for earning respect by first giving it, and to gain empowerment by empowering others.

Ubuntu offers us an opportunity to breathe compassion and empathy into our lives. To drop the mind set, I must live a life that brings me happiness. Shifting the emphasis from me to we with the mindset being, I wish to live a life that brings happiness into the lives of others, with a sense of knowing that this happiness will be returned to you in the process because we are all interconnected through our being present with one another. It invites us to breathe awareness into our actions, to be conscious of how our actions impact our community and our environment.

Ubuntu is not promising to remove drama and conflict between people or communities  but it gives the people the power to let their personal issues go for the good of the community, this in turn will help to strengthen our personal resolve instill compassion and forgiveness while also strengthening our respect for one and other.